When Tom Brady left the New England Patriots before the last NFL season, fans of other teams in the AFC East rejoiced. If you had taken a poll of how they viewed the Patriots after Brady left, their sentiment would have been much better than when Brady was there because they knew he was the reason for the Patriots’ dominance over the decades. He went to Tampa Bay and won another Super Bowl ring because of course he did.

President Trump’s departure from the White House has been met with joy by the international community. It’s not because they have supreme confidence in Joe Biden’s ability to make America strong. It’s because they know that, like Barack Obama, Biden will weaken America. The international community loves this. They love a United States President who panders to their demands like Obama and Biden. They love an America with leadership that is “woke.” In other words, they love it when America is on the decline.

Biden’s America-last policies have already resonated with the international community, according to a new poll by Pew Research. This bodes ill for the United States as Biden’s skyrocketing popularity among foreign nations means they realize just how much weaker America is right now. According to Axios:

The United States’ image around the world has sharply improved since President Biden took office after dipping during the Trump administration, according to a�Pew Research Center survey�conducted in 16 countries.

The big picture:�The high marks come as Biden embarks on his first overseas trip as president.�Though opinions of the U.S. have broadly increased internationally, people in allied countries did not express great confidence in the U.S. as an ally and were also concerned about its domestic politics.

By the numbers:�More than 6 in 10 people in the surveyed countries said they have confidence in Biden to do the right thing in world affairs.

Trump’s numbers were about as low as George W. Bush’s numbers, while Biden’s numbers are nearly as high as Obama’s. Do you see a trend? The nations surveyed include France, Germany, Japan, Italy, Netherlands, Canada, Sweden, UK, Spain, South Korea, UK, and Australia. All are considered to be allies, but all are also benefactors of leftist American policies, particularly as it pertains to social welfare. 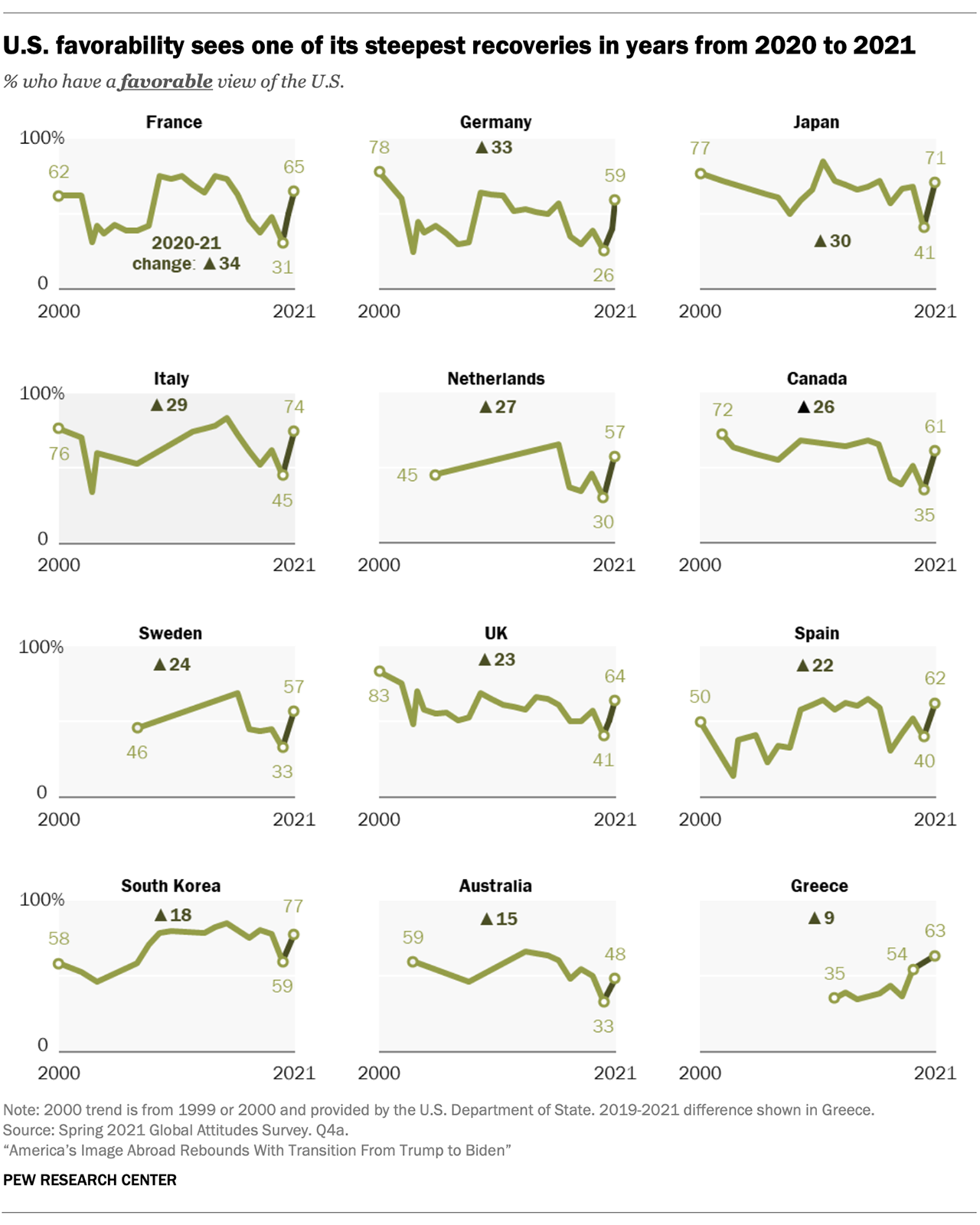 There’s a reason Barack Obama and Joe Biden are popular with foreigners. It’s the same reason Donald Trump and Ronald Reagan were hated internationally. American exceptionalism thrives under Republicans, and the world hates that.