While much of the focus for January 6 “insurrection” skeptics has been on Ray Epps, there’s another mystery man who is arguably more interesting. The “Scaffold Commander” has clear images of him. There are videos of him coordinating mostly peaceful protesters to enter the Capitol Building. Yet he has never been identified nor has he been arrested, prompting many to assume he was part of the con from the beginning.

A tip came across the desk at The Liberty Daily Tuesday night that showed an image of John Nichols and the Scaffold Commander. They definitely appear to be very similar, but I questioned it all at first. Why would the Deep State, Nancy Pelosi, or whoever orchestrated all of this use a well-known journalist who writes for the leftwing publication, The Nation? Why not get an average Joe who nobody knew? Then, I watched a video of Nichols juicing up a crowd at a Bernie Sanders rally and I realized the guy is very talented. He has a gift for rallying people and getting them to do what he wants. That’s when I realized he might have been the PERFECT person to man the bullhorn and coordinate the “insurrection.”

I discussed all of this on the latest mini-episode of my show. I also played audio in which Nichols’ voice and the voice of the Scaffold Commander seem eerily similar. So, I ask the question: Are they the same person? I’ll leave that up to you all to decide. Here’s my show:

The image below shows the Scaffold Commander and John Nichols side-by-side. Unfortunately, the image of Nichols is a decade old; it was the closest I could get to the proper mirrored angle. Again, the placement of the crooked teeth on the lower right side of the mouth seems to match. The lines on the face also match, albeit from a face about 8 years younger. The glasses match. But the part that stood out the most to me were the eyes. Age them a decade and have him yelling like the Scaffold Commander and it seems to be another match.

The nose is hard to match because of the angle but the basic shape is the same. And when I superimposed the images, the facial structure is identical. As you look at the image, remember the image of John Nichols on the right is a decade old. 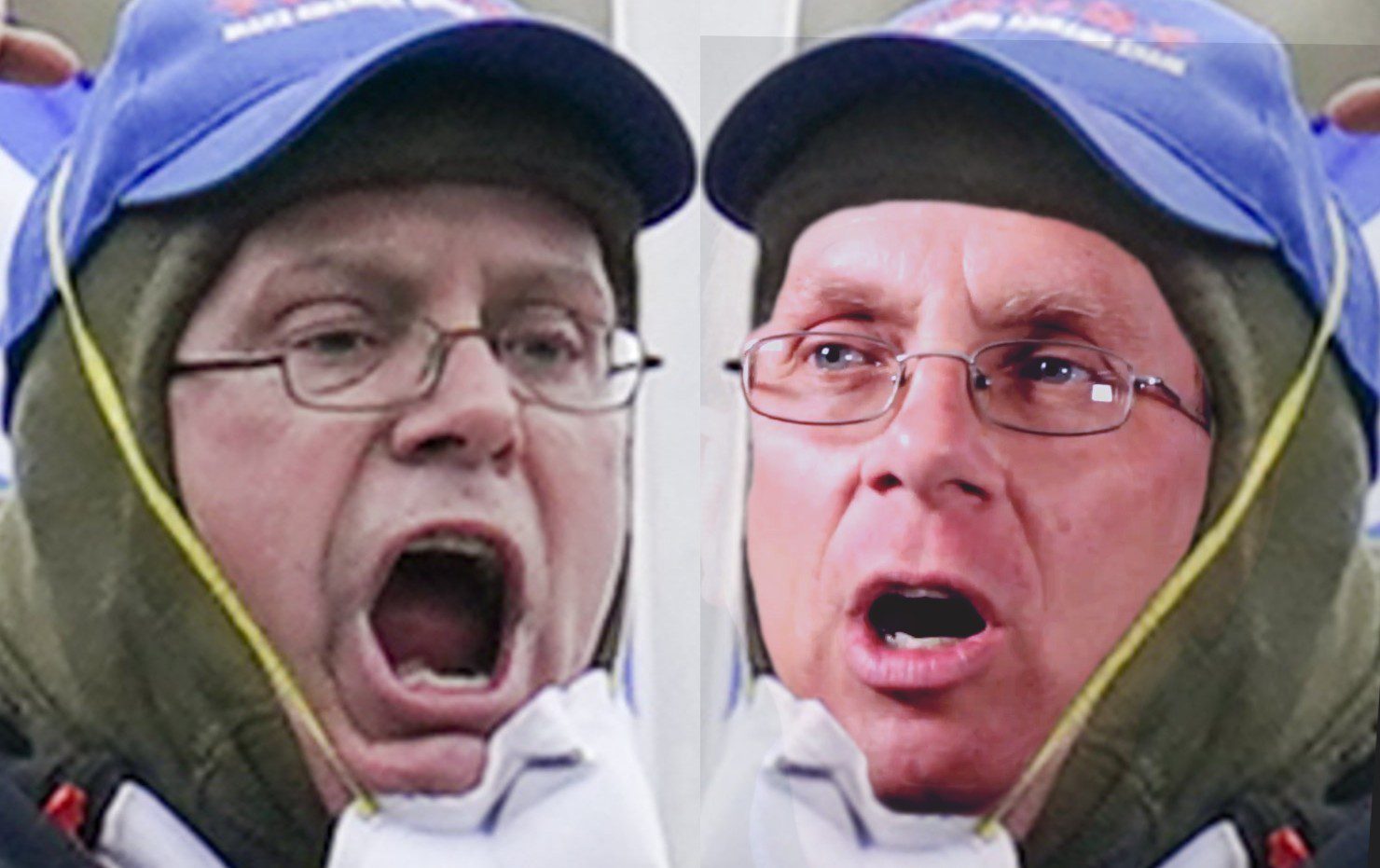 Considering the similarities it’s fair to ask if John Nichols was the Scaffold Commander. I’m not accusing him. I’m just asking what you all think. Leave a comment about this on my Substack.