Dr. Vladimir Zelenko became a hero for his early use of hydroxychloroquine to fight COVID.

Sadly, his efforts were halted by a Democrat governor.

But he kept working — and found an over-the-counter way to help people.

Watch: Here is Dr. Zelenko talk about “the bullet and gun” approach for understanding zinc ionophores (transcript of highlights is below):

Here is a transcript of highlights from the video:

The two prescription ones everyone has heard of: Hydroxycholorquine and Ivermection.

They’re the guns that shoot the bullet. The bullet then gets into the cell and stops the virus enzyme from helping the virus replicate.

So you have a gun and bullet. Only the synergy of the two creates a functioning unit.

S in april of last year, Cuomo issued an executive order that was directly targeting me and my patients – because I was the only one in the state doing it. Where pharmacies would not dispense hydroxychloroquine to patients. So all of a sudden, I had a gun and a bullet approach, but…he took away the zinc delivery system — at least he took away access to my patients.

So I was forced by necessity to innovate. I did more research, and on the NIH servers of all places, I found papers saying a substance called quercetin is a zinc delivery system, as well. It’s a zinc ionophore.

To be honest, I’d never heard of quercetin. So I googled it and I see it’s over-the-counter.

That was one of the most significant realizations in my life and probably in humanity.

Why do I say that? Because now there was a cure for tyranny.

There are two risk factors for dying from COVID: It’s the doctor you choose and the government you live under. Besides that, there’s no reason a person should die from COVID.

Together it creates a very powerful immune-boosting nutritional supplement. According to the FDA, I’m not allowed to make any claims except that it’s an immune booster and nutritional supplement. So what I’m going to say is the following: Quercetin and Vitamin C together form a functioning zinc ionophore — a zinc delivery system. Zinc is what it delivers, so you actually need zinc as well. You need the gun and the bullet.

And Vitamin D – the studies all show – Vitamin D3 levels between 50 and 70 virtually eliminate hospitalizations or admissions in the intensive care unit. It optimizes their immune system. So you need Vitamin D, then you need Zinc, which is the bullet. And then to form a functioning gun, you need Vitamin C and quercetin…

Patients were having trouble sourcing it, because it was four different ingredients that weren’t always available in the same place. They had trouble finding the right doses.

It was a puzzle that was a little too complex for people to put together.

So I was asked as a necessity — as a favor to people — to produce something that has everything in one package.

It made sense to me, so with the help of my colleagues, we were able to produce a substance — a compound called Z-Stack that has Vitamin C, Vitamin D, and most importantly has quercetin and zinc.”

Now, Dr. Zelenko is now making Z-Stack available to everyone. 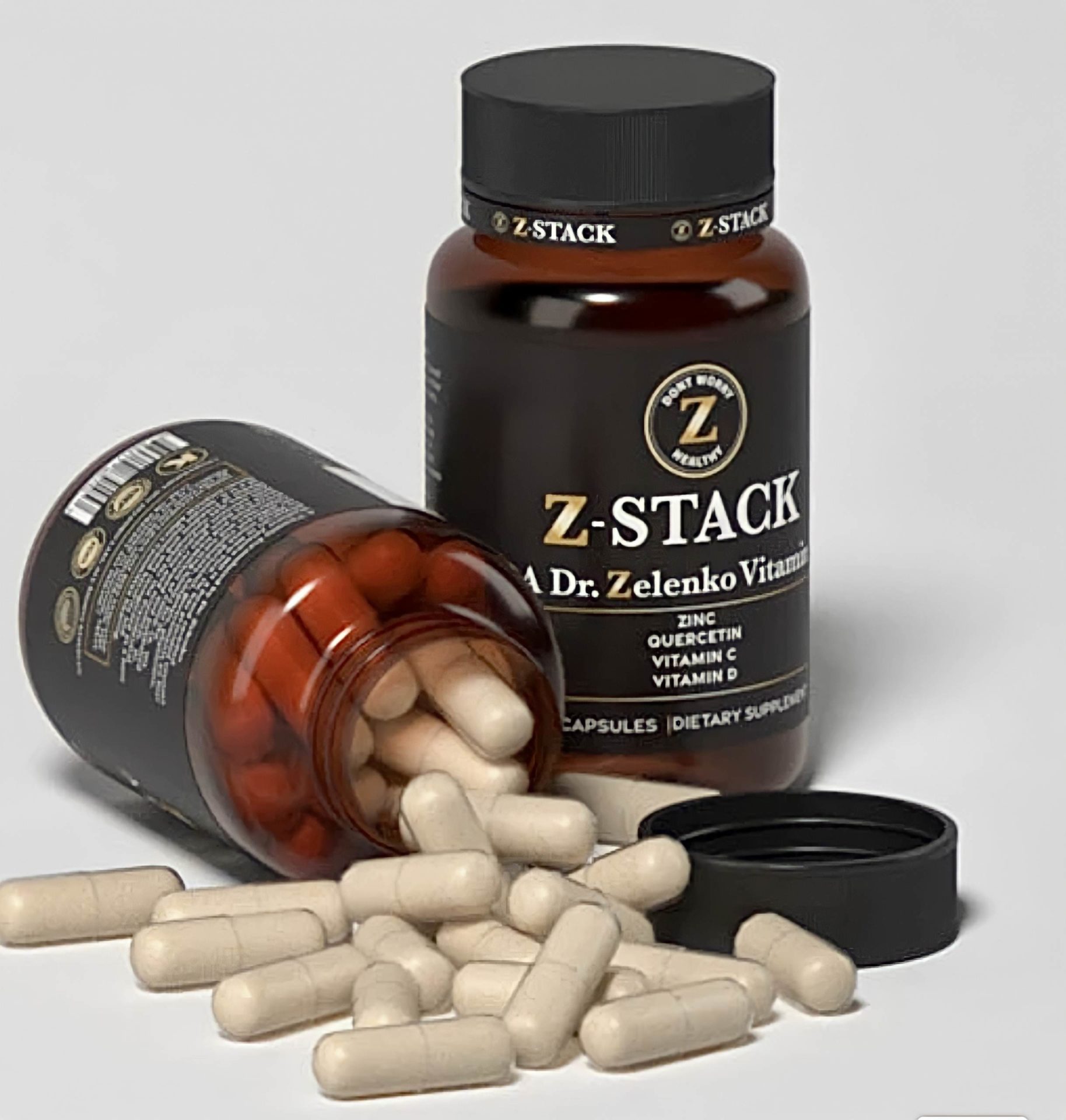